The dental experience of our patient Peter T. 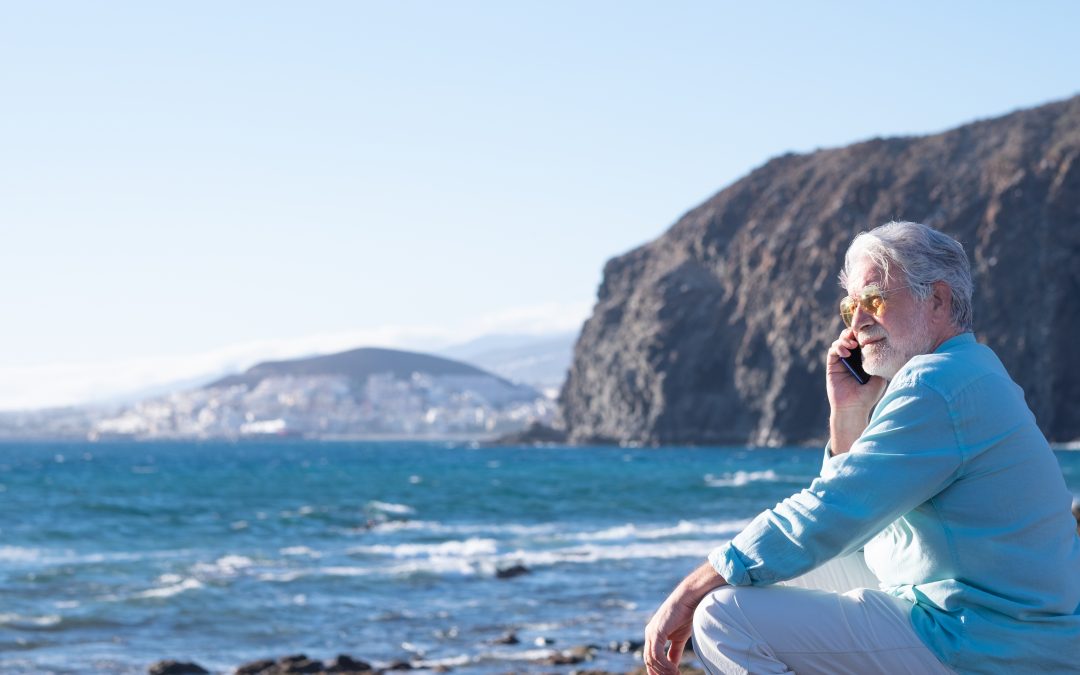 This is the story and testimony of our patient, Peter.

Peter just turned 50. His teeth had always been problematic to him. This was not helped by the fact that he simply couldn’t remember the last time he had a ‘pleasant’ experience with a dentist.

Of course, Peter had had fillings over the years, several root canals and even a handful of extractions. Ultimately the deterioration of his dental health (gum infection and four broken teeth) had started to give him headaches and pain while he ate.

He met with and ‘interviewed’ three dentists, who all agreed that the way forward was expensive, complicated and involved either 4 on one or 6 on one implants. None of the three dentists he spoke with gave him confidence, so another year passed without a solution for Peter by due to uncertainty and covid lockdowns.

Peter wrote this letter to us, with the intention that we share it, so other people like him would see it and take a step ahead to change their lives forever. This is his story.

“Early in 2021 I scheduled an appointment with Doctor Crooke.” He began to relate.

“Having lived on the Costa del Sol for close to thirty years, the name Crooke unconsciously put me off for a while. However, having read several testimonials and online details of the surgery they offered, I kept coming back to them until finally I pulled the trigger (poured a drink and made a call).

From the initial examination (totally free) to the final procedure, the entire team in their clinic has been exceptionally professional, courteous and conscientious.  Virginia was my point of contact and she went out of the way to ensure that things were explained – before, during and afterwards, even to the point of checking in on me the day after surgery.

I required a root scaling as the first procedure which I was dreading. The last one I had had left me on painkillers for MONTHS! The young ladies who performed my root scaling over two separate days, were excellent. My faith in the dental industry was slowly being restored.

Doctor Felix was very good at dental work ,and again, took the time to answer my many questions. His assistant Enric was also very patient with me.

Eduardo the boss came and performed the implants and as to be expected by now, was professional, considerate and fast: Removal of 7 teeth including all wisdoms and having 4 implants. Immediately after surgery I had the sensation of the new implants meeting together when closing mouth – this is just an illusion of feelings from your remaining teeth is ‘moved’.

I started surgery at around 12:15 and it lasted about 1.5 hours. By 20:30 the same day I could feel the tightening of the gums where the stitches were. In real terms, still no pain just a different ache to that of my jaw. 21:30 I took a 400mg ibuprofen.

I woke early, had breakfast and then rinsed out my mouth to keep it clean.

Over the next week, the gums continued to heal well. The bottom left jaw remained clean whilst the lower right showed a little white substance on top of the gum which I kept cleaning off. Aside from slight tenderness on the gums, everything else remained very comfortable.  One or two of the stitches/threads came out, but as there was no bleeding or sign of an issue, I did not contact the dentist. 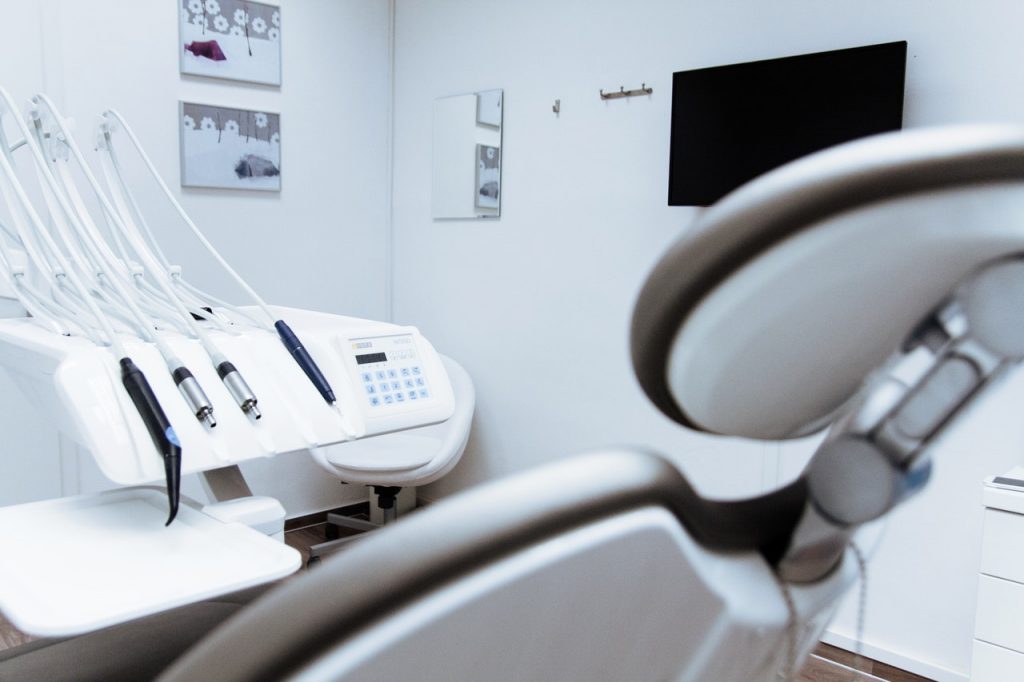 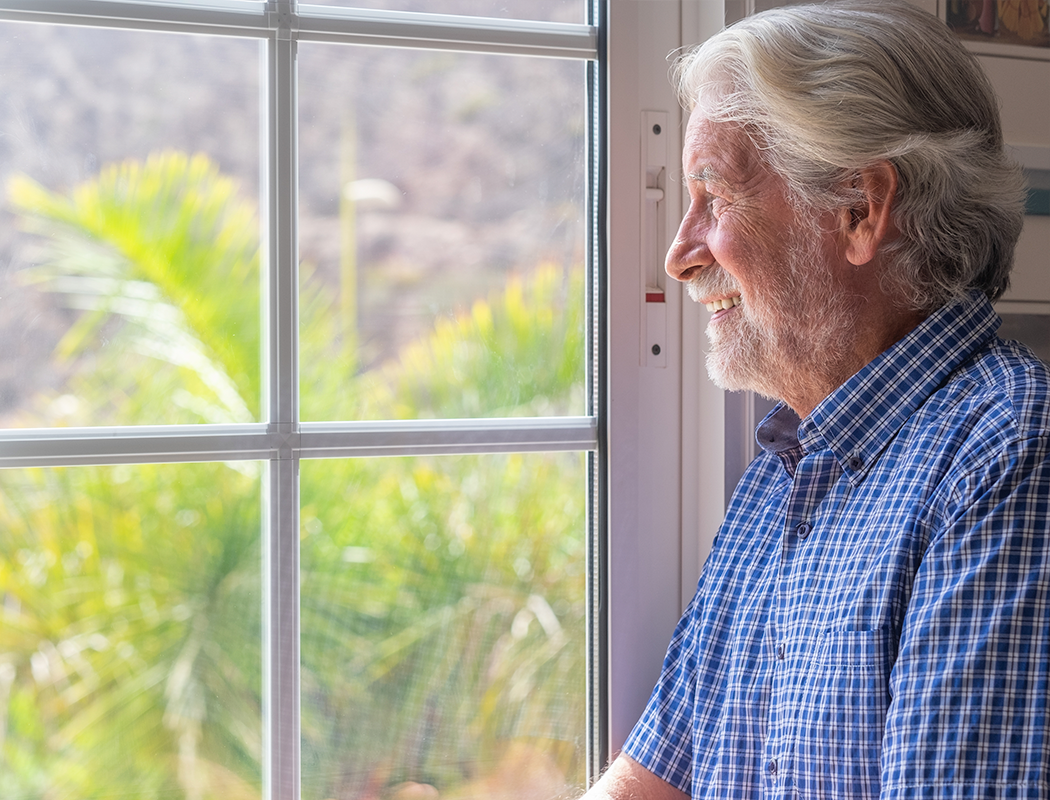 The moment was here

It was time to remove the stitches and check on the implants, so I thought. I received a text to change my appt time so they could do the upper jaw temporary teeth. This final comment did not register in my brain as I was busy at work.

I arrived and was retold that I was having the temporary crowns on the upper jaw done. At this point I realized that it was not going to be a quick in and out visit.  Felix and his assistant ground down all remaining teeth and set 15 crowns. This took lots of injections to numb the area and then several more as I could still feel the cold water. The grinding is not painful and after a while you get used to the smell and the sound. Within 2 hours all temporaries were in place.

The teeth felt huge at first, probably because the lips and gums were still numb. The concrete paste remains a little on my palate, but I am quickly getting used to it. There is a sensation that the teeth are going to move, but they appear to be well fixed.  No pain from the two canines which were candidates for root canal treatment. So far so good.

A new week and another 8 temporary crowns. I comeback to the clinic; within an hour the temporaries were in place and I was ready to walk out the door.  More gel for the gums was proffered – and taken. At home I took 500mg paracetamol and 400mg of ibuprofen, as I had done previously.

I slept for a couple of hours and then had a bowl of soup. 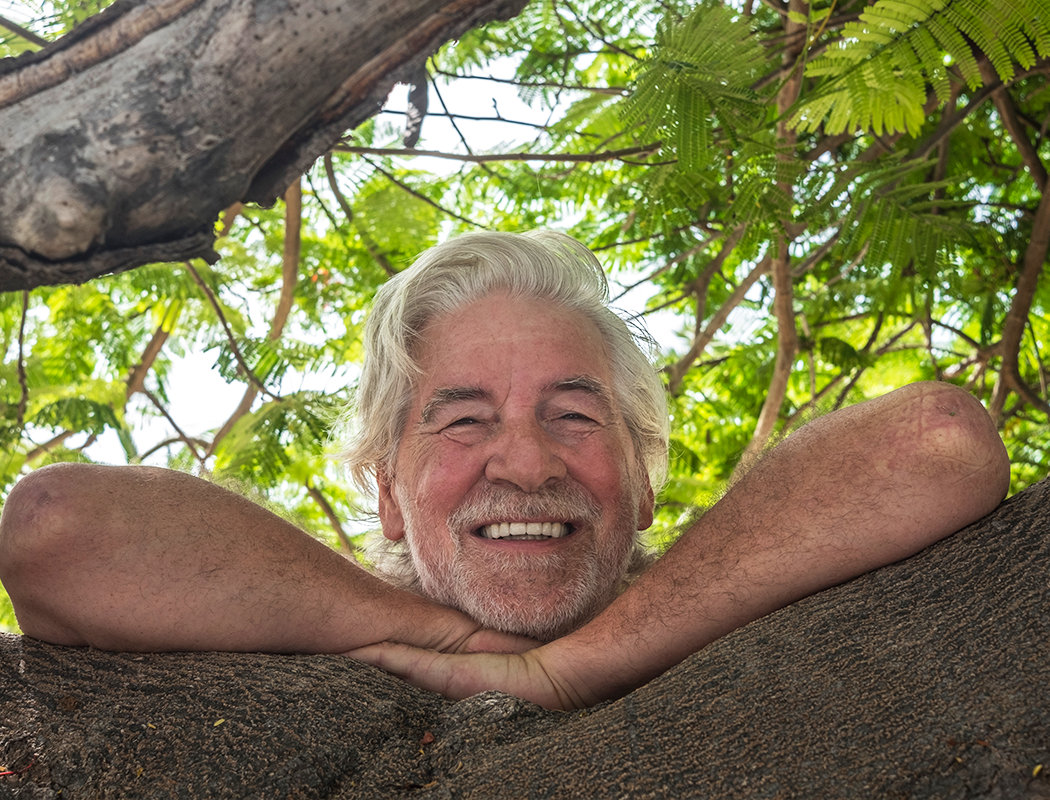 The following morning there was minimal soreness or irritation and the issue with the tooth on the upper jaw seems to be fixed.

The following week, the temporary crowns to be removed and the teeth tested without anesthesia for pain and sensitivity.

We arrived on time and were in good spirits as this was scheduled to be a quick in and out visit of about an hour. Felix and Enrique explained that they would ‘pop out’ the temporary crowns, run the sensitivity test and then reaffix the temporaries.

Getting the teeth out turned into a little adventure as the cement did not want to break and a small hammer was required to release the bottom arch. The sensitivity test was over within seconds and they moved onto the upper arch.

The upper arch, which had more teeth also refused to move and the hammer and chisels were brought back into action, followed by a grinder to break down the cement. Then more hammer action, a little more pulling and shoving and the arch came out.

The sensitivity test was done on my upper jaw and I was diagnosed with the need for 3 or 4 root canals. Oh, joy of joys!

This has now been scheduled for the following week, as I was not prepared for two visits in one week.

The upper temporaries were cut into 3 sections before being replaced. This was done so that the root canals could be done in sections without having to remove the entire arch.

The upper arch, which had more teeth also refused to move and the hammer and chisels were brought back into action, followed by a grinder to break down the cement. Then more hammer action, a little more pulling and shoving and the arch came out.

The sensitivity test was done on my upper jaw and I was diagnosed with the need for 3 or 4 root canals. Oh, joy of joys!

This has now been scheduled for the following week, as I was not prepared for two visits in one week.

The upper temporaries were cut into 3 sections before being replaced. This was done so that the root canals could be done in sections without having to remove the entire arch.

One of the things I found that I suffered with most – suffered is the wrong word – niggled me most was the following days when my mouth was sore from being open for extended periods of time and the injection sites which ached for a few days each time. Hence the decision to put off the aforementioned root canals for another week.

I had been ill-prepared for today’s visit and felt worse for wear by the end. In an attempt to explain my nervousness of visiting dentists, I sent a YouTube clip of Dustin Hoffman and Laurence Olivier in the film Marathon Man to Virginia to show Felix. It sums up my overall feelings prior to visiting the dentist. The anticipation is often worse than the treatment. Unfortunately, some of the treatment lives up to the anticipation.

I understand that sometimes, we have to go through certain procedures in order to improve things for the future. It doesn’t mean that I have to enjoy them. 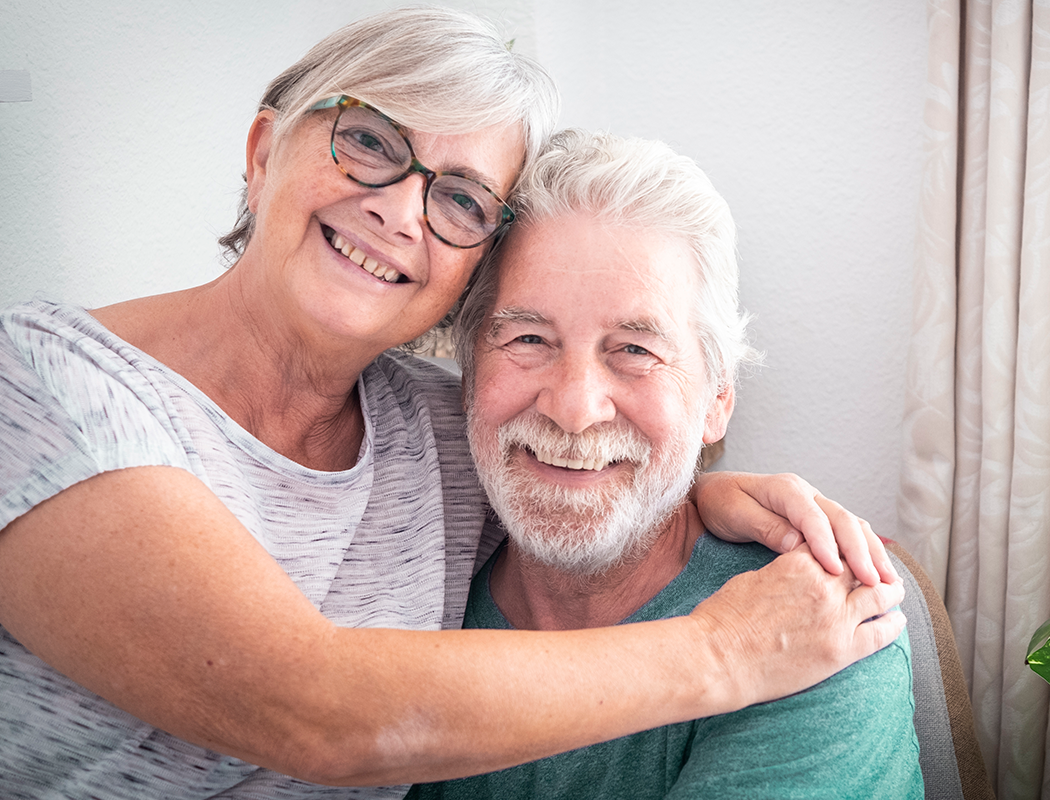 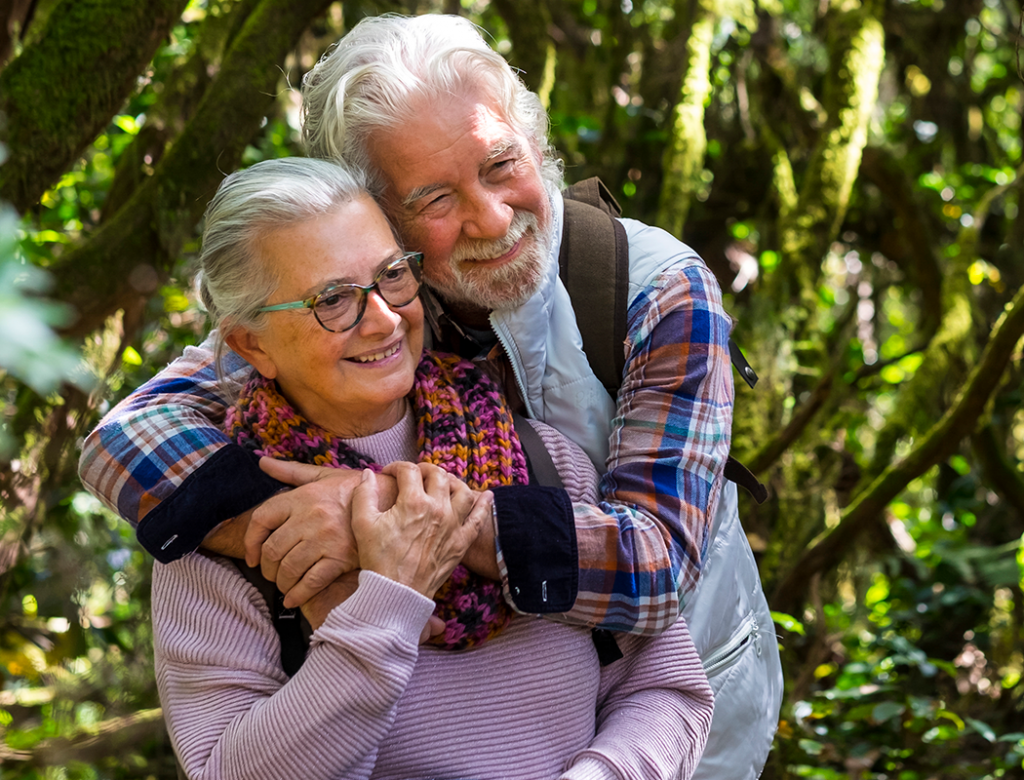 The end of the treatment

April arrived, and the final crowns will be placed onto the bottom jaw.

The final crowns have been placed and they look great. The only issue is that the temporary crowns in the upper jaw look completely mismatched. This is partially because I didn’t realise how porous the material is and that turmeric REALLY stains them… forever.

First week of May I will have the upper temporaries removed, and they will check the implants. During the weeks before this visit the movement of the upper temporary crowns was slowly getting worse. On the final weekend, sections of the glue began to break off, which allowed air and liquid to get in below the crowns.

The scan for the final crowns was made but not before Felix had to do a little digging. My implants had become covered by my gums and they needed to be cut. This surprised us all and left me with several stiches and a swollen jaw for a few days. This is a little sore but not what I would call painful.

The good news is that the implant have taken well to the jaw and we even did a test run with the implant pegs to ensure that all was well.

The 13th May finally arrived.

It was time to remove the temporary crowns for the last time and fit the final permanent crowns. Enrique was in good spirits and after a brief explanation of the procedure he popped the temporaries out.

Felix came in and asked if I wanted an injection or two to numb any discomfort. We agreed that we would try without, and I would ask for some if required. He began the final preparation and cleaning of the remaining tooth pegs and aside from a few ‘uncomfortable’ moments we worked quickly, and no injections were required.

Within the hour, my new shiny teeth had been fitted, ground down in a couple of sections for a better fit and I was ready to take a look in the mirror. The finished teeth look very nice and both Felix and Enric were very happy with how they looked.

My mouth was sore, I had forgotten how to make a natural smile and I was mostly happy that the whole procedure was finally over.

Enric took a few photographs which we will no doubt see side by side with the original photos taken prior to treatment commencing on my next check-up in 10 days’ time.  Virginia arrived with my wife Sharon, and both said how nice the teeth looked which was great to hear.

I would recommend waiting at least 24 hours before taking a bite out of anything substantial, because pushing your new teeth back into place is not a pleasant experience. It’s not painful, but you do visualize the dollars signs flashing just in case you have to have the crowns refitted.

So, here we are, a few days after the final teeth have been placed and my mouth is starting to work out where it needs to be. Due to the number of teeth in my mouth my jaw had to ‘relearn’ how to chew.

An interesting side effect of this entire procedure has been that since my overbite was slightly increased, my bottom jaw has also moved forward a little. This has caused my ‘double chin’ to slightly disappear due to the new alignment. 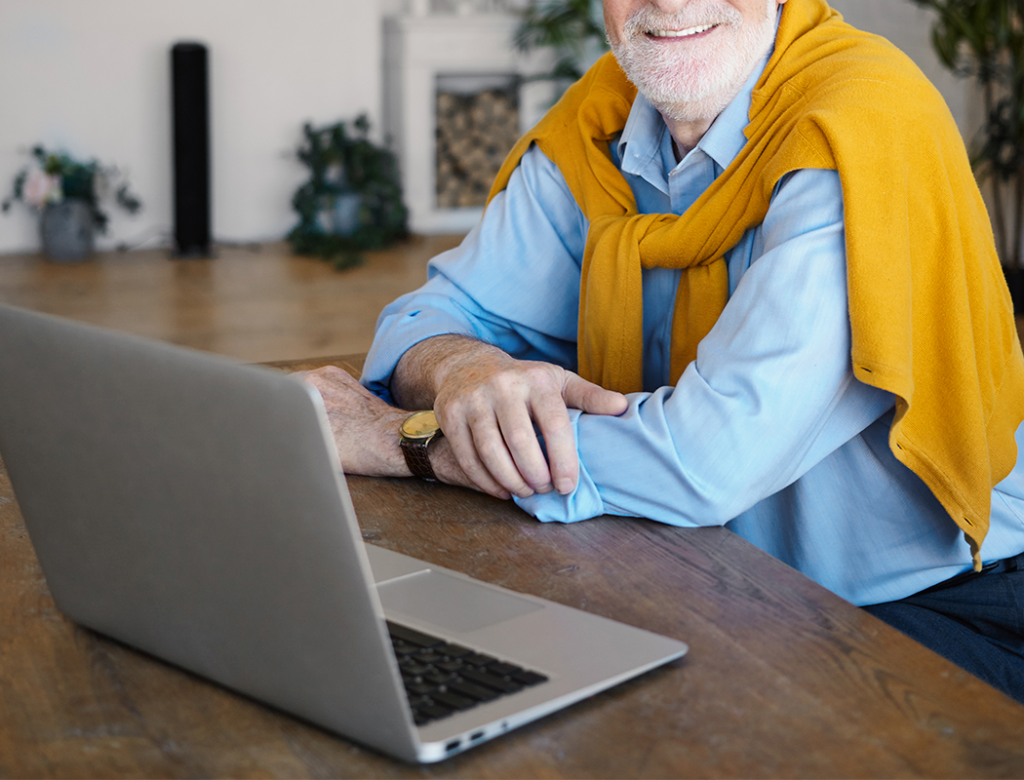 Overall, the experience with Dr. Crooke and the team from the clinic was something unforgettable.

I will recommend them to everyone that has a crisis with their dentures.

It has definitely changed my life.